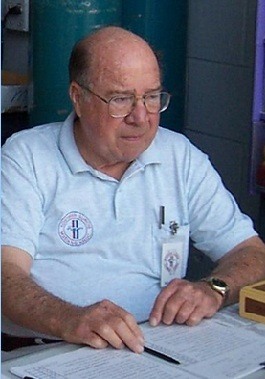 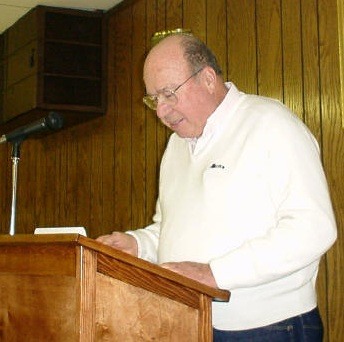 William Jet Lauck, 1935-2006, joined the SIMA in 1978. He immediately was a conservative voice, always helping to prevent the group from getting too loose with it's resources. Bill and several other members reached into their pockets to keep the SIMA solvent when some early officers ran up debts after the first Mustang show. Bill always worked and organized registration and he and his girls became known as the smiling faces show participants met to register their ponies. Bill and his friend, Gail Allen, distributed SIMA show flyers throughout southern Illinois & the St. Louis area as they attended early area shows. They worked to convince many "all car" shows to include Mustang classes.

William Jett Lauck was a good friend to our Mustang family and is greatly missed. It was unanimously agreed to name the 29th annual SIMA show and the "Special Award Trophies" of "Best Paint", Best Engine" and "Long Distance" in his honor.